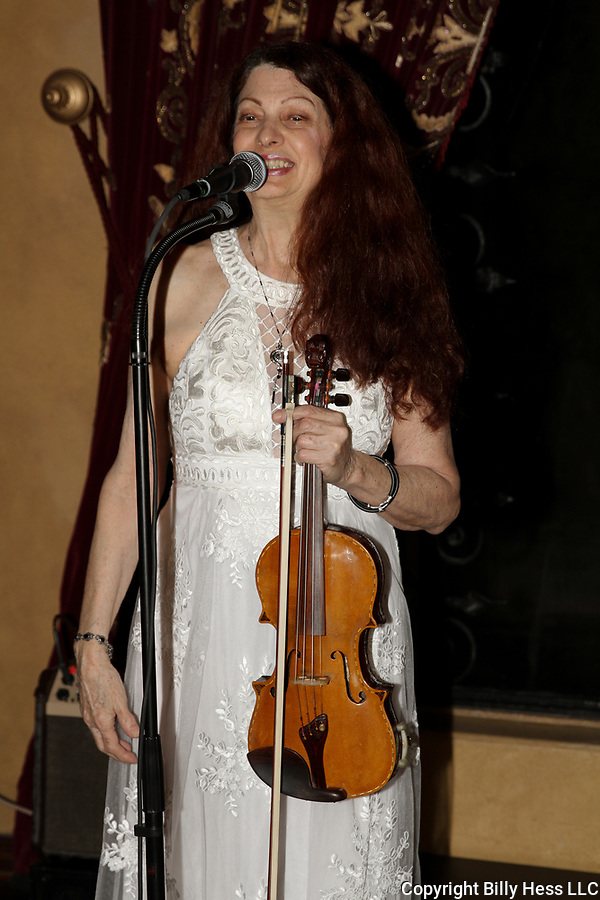 IMG_9363.jpg
Party at designers Sue Wong's Cedars Mansion in La. Sue Wong is best known as a fashion designer, and her signature dresses have been donned by Taylor Swift, Miley Cyrus, Tyra Banks and Anne Hathaway. Grammy nominated American musician Scarlet Rivera burned a hole in the fabric of rock history as a pioneer of electric violin. From a classical background she bent the accepted norms by experimenting with all genres of music from Rock fusion and Jazz to Latin polyrhythms. She was a revolutionary from the start.

Bob Dylan was the first to discover and acknowledge Scarlet, inviting her as an integral part of the legendary album ‘Desire’ and Rolling Thunder Revue tour. Dylan recognized the genius of Scarlet’s vision as a violinist who played much like a lead guitarist. Scarlet’s dynamic presence led the way to the inclusion of other string players in Rock music. ‘Desire’ was chosen by Time Magazine as one of the top five albums of Dylan’s career and was Scarlet’s debut on the world stage.
Billy Hess LLC
Sue Wong, The cedars, The cedars mansion, designer Sue Wong, Scarlet Rivers, Violinist Scarlet Rivers